A “smelly” swan had to be rescued by firefighters after it landed in a sewage plant. Rescue services were called to Basingstoke Sewage Treatment Works, in Chineham, Hampshire, last Thursday at around 7pm to to help the female swan. 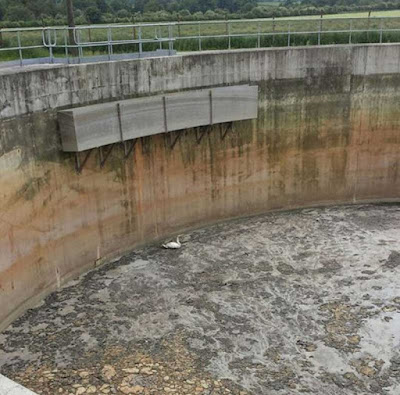 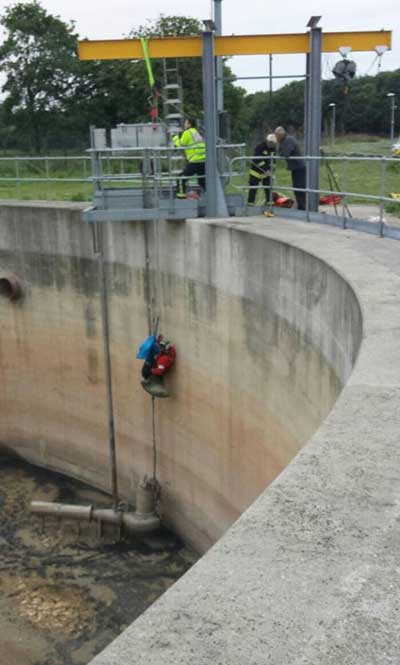 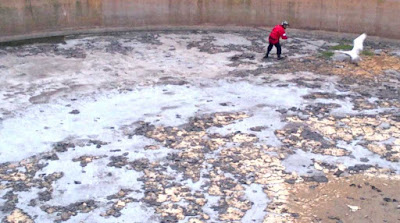 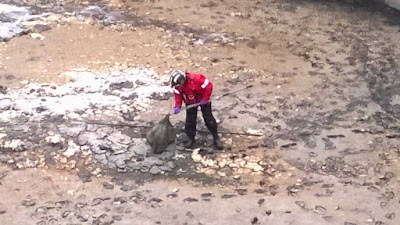 Steve Hermon, from Thames Valley rehabilitation centre Swan Support, was also on hand to help officers ensure the bird was not shaken by the ordeal. Wendy Hermon, operations director for Swan Support, a rehabilitation centre that treats and care for injured swans in the area, said: “Thankfully the swan was fine, a little bit underweight and smelly but she will be fine. 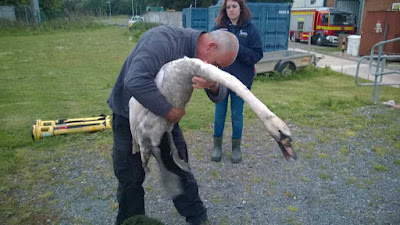 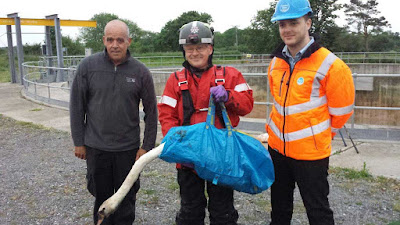 “She had probably flown over the top of the works, thought there was water there and misjudged her landing and landed in the tank. If we had not rescued her, she would have most likely died because unlike geese and ducks, a swan needs a longer run-up to ensure it can fly away. Hopefully we will keep her under observation for the week and then she will be fit and ready to go back out into the wild.”
Posted by arbroath at 6:02 am
Email ThisBlogThis!Share to TwitterShare to Facebook