As the day of the European Union referendum has finally arrived, a weather enthusiast from Wanstead, north-east London, has crunched 43 years of weather records and discovered summers have been slightly warmer since Britain joined the EU. 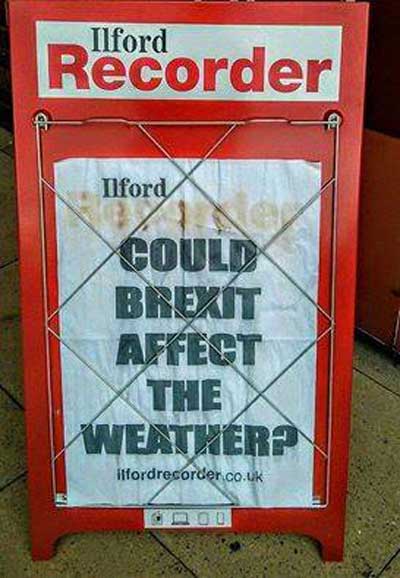 Scott Whitehead, 44, found that summers have been 0.8 degrees warmer on average since Britain joined the EU, formerly known as the European Community, compared from 1930 up to 1973. He said: “The weather has nothing to do with our political membership.”

Scott, who has a weather station in his garden, said: “Both sides have warned of ridiculous things happening.” Ahead of the vote, Scott has been keeping a close eye on the forecast, which he believes may impact turnout. He said: “A Dutch study found rain can reduce turnout by 1%, while a 10 degree increase in temperature increases turnout by 1%. 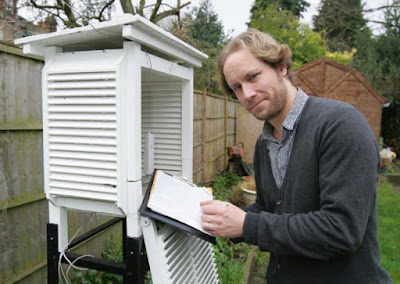 “There may be people that are not quite bothered, look out the window and see rain, and decide to not go and vote. Obviously this doesn’t account for postal votes, that’s unaffected.” If Britain does vote to leave, the amateur weatherman is confident it won’t affect the weather. Scott said: “It’s not something that will be affected.”
Posted by arbroath at 6:01 am
Email ThisBlogThis!Share to TwitterShare to Facebook