A woman from Nashville, Tennessee, is facing charges after allegedly robbing a man while she was performing a sex act.

According to the arrest report, Jonisia Morris, 25, was "performing oral sex on the victim while sitting in a car located at the Clarion Hotel." 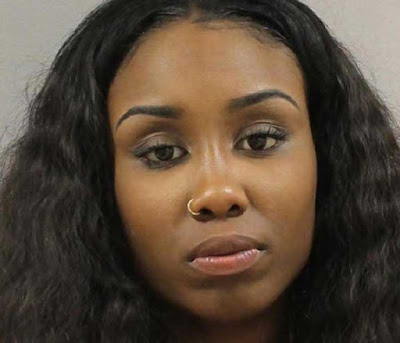 While performing the act, Morris allegedly removed the man's wallet from his pants pocket while his pants were around his ankles. Morris took the man's debit card, hid it under the passenger seat and then put the wallet back into the man's pants.

Later, Morris used the card to purchase gas and other items at a gas station. Police say Morris admitted involvement in other debit card theft cases. She is being held on theft and indecent exposure charges, though other charges could follow.
Posted by arbroath at 6:04 am
Email ThisBlogThis!Share to TwitterShare to Facebook