A 45-year-old woman was arrested on Saturday as she allegedly tried to steal toilets and wash basins from a stationary train at suburban Ghatkopar station in Mumbai, India, Railway police said. 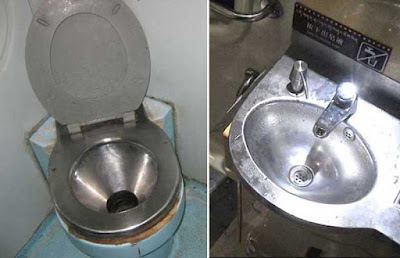 The accused, identified as Sarita Gupta, was found carrying three wash basins and two steel commodes in a large plastic bag. The basins and commodes, collectively weighing 16 kgs and were worth Rs 800 (£8.40, $12.00).

Gupta told the police that she sold vegetables for a living but was finding it difficult to make ends meet. Gupta added that she had taken to selling scrap for the past two to three months, and planned to sell off the items. "She stole as much as she could carry. We have seized the stolen items from her. 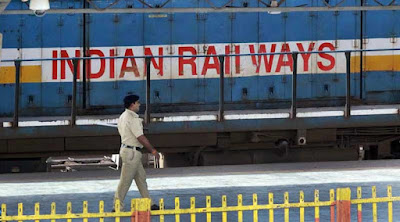 "We are releasing her on bail as we cannot detain a woman over the weekend. She will be produced before a railway court on Monday," said investigating officer Brajesh Kumar, of Ghatkopar RPF. "Gupta did not have an accomplice. She just pulled the installations out as the ply was weak," Kumar added.
Posted by arbroath at 6:01 am
Email ThisBlogThis!Share to TwitterShare to Facebook