Customers queuing for cronuts unfazed by body on nearby bench

A man’s corpse was discovered on a bench outside the original cronuts bakery in SoHo, New York, early on Friday, but at least a dozen pastry-craving customers persisted in queuing up alongside the tragedy.

“I didn’t see anyone leave the line,” said Chinatown resident Molly Young, 29, who passed by the scene outside the famed Dominique Ansel Bakery. “It didn’t put a dent in anyone’s appetite.” 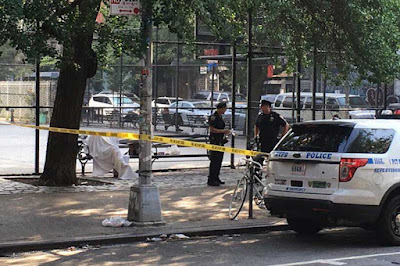 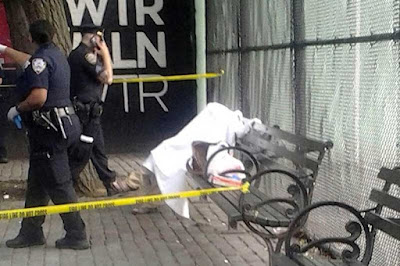 Another witness, Jessica Wright, 26, said that one customer did duck out of the line, briefly, to inform the bakery of “the dead guy” spotted on a wooden sidewalk bench some 40 feet from the store. “A guy in line was waiting for a cronut and saw a body on the first bench. He bought it to the attention of a Dominique Ansel Bakery employee,” Wright said. “She saw the dead guy and called 911. They came and pronounced him dead.” 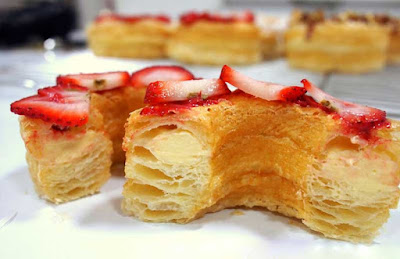 A source said that the corpse was that of a neighbour, Andrew Lang, 47, whose death did not appear suspicious. He had been dead for about ten hours, the source said. The medical examiner’s office will determine the cause of death. The cronut, a cross between a croissant and a doughnut, became a food craze in 2013. The confection is so popular, that the line outside the bakery is typically half-a-block long.
Posted by arbroath at 6:07 am
Email ThisBlogThis!Share to TwitterShare to Facebook

Will never replace a good cruller. A line for crullers would have ignored a train wreck.