A man from central Pennsylvania, currently at Cumberland County Prison in connection with a rash of burglaries now faces new charges after a human brain was found at a home in Penn Township.

On Thursday, Joshua Lee Long, 26, of Carlisle, was charged with misdemeanor abuse of a corpse and conspiracy to commit abuse of a corpse after a human brain was found in a Walmart shopping bag under the porch of Robbie Lee Zoller, a home that Long was known to frequent, according to an affidavit of probable cause filed by Pennsylvania State Police. 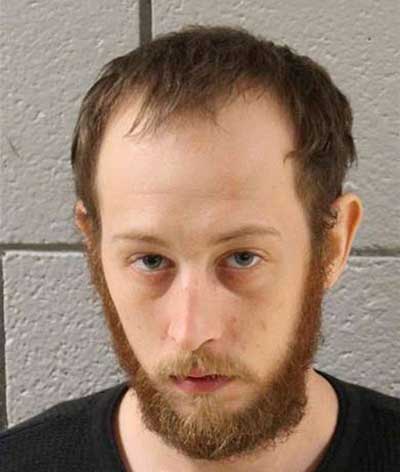 Police seized the brain and transported it to Cumberland County Coroner Charley Hall, who later said a forensic pathologist determined it was a real human brain, police said. Police said it was believed the brain was a stolen teaching specimen. Long is currently in Cumberland County Prison being held in lieu of $100,000 bail for his role in a rash of burglaries in Cumberland and Perry counties. Zoller is also wanted in connection to the burglaries.
Posted by arbroath at 6:04 am
Email ThisBlogThis!Share to TwitterShare to Facebook

By the look of the photo, it's his brain.

"after a human brain was found in a Walmart shopping bag"

Wow. You can get anything from Walmart's!