A man from Crayford, south east London, says the fate of his hamsters “did not bear thinking about” after they narrowly missed being hit by shards of glass when a window pane exploded four floors above his flat. Steven Evans, 43, of Town Hall Square, had just gone back into his ground floor flat from his patio when he heard a “huge crash” and discovered safety panel on French doors in a flat several storeys above his own had “exploded”. 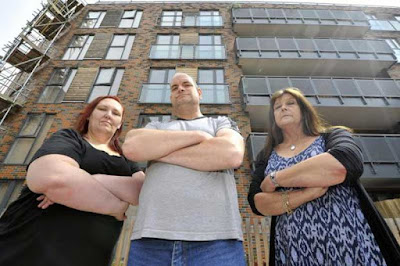 He said: “There was glass everywhere, it just exploded.” Mr Evans, who lives with his wife Sarah, expressed his fears for the couple's own safety and that of their four hamsters and two degus. He added:“I could have been seriously injured. I have hamsters and they go out in solid plastic balls, if they had been out there, well, it doesn’t bear thinking about. I can’t think about it.” 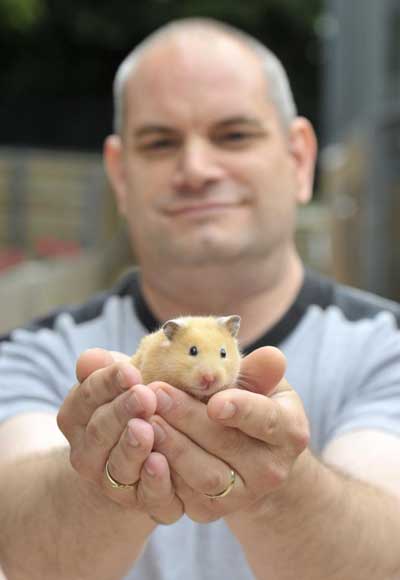 Despite contacting housing association Gallions, believing they are jointly responsible for the part-owned property, Mr Evans claims he was told he had to clean up some of the glass himself. He said: “Officers came round and cleaned up some of the glass but some of it was left – they told me to use my own hoover to clean it up but it’s not powerful enough. It shouldn’t be my responsibility.” A spokesman for Gallions said: “We are conducting a full investigation following the incident and thankfully no one was injured. 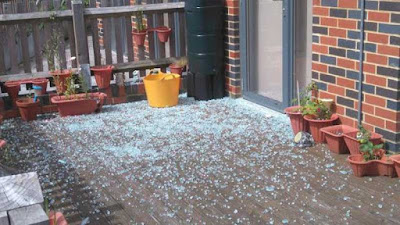 “From our initial investigations, it would appear that the glass broke as a result of something hitting it with significant force. Along with our contractors. we quickly attended as the accident was brought to our attention to make safe, clean the area up and offer support to residents. We are in touch with the developer and the building contractor so that the matter can be comprehensively investigated.We will continue to do all that we can to support residents while the investigation continues.”
Posted by arbroath at 6:00 am
Email ThisBlogThis!Share to TwitterShare to Facebook

Oh c'mon. My battery-powered hand vacuum can suck up that!

P.S.: At least it seems to have been tempered glass, which breaks into granules, and not pure glass, which shatters into sharp shards.
(Shards? Sherds? Always get those mixed.)

What's a degu or degus?

Arbroath: Or as a friend commented: They're middle class rats; they live for up to 8 years which is 7.9 years longer than her child who's currently begging for one will be interested in it.