Man jailed for performing a sex act in front of horses

A man with a sexual interest in horses has been jailed after he was caught performing a sex act in front of some, despite offering to take drugs to suppress his libido. Malcolm Downes, 59, is "prohibited from entering any field or stable, or any other area which contains equine animals in the Humberside Police area" as part of an anti-social behaviour order. Downes, who began committing sexual offences in 1974, narrowly avoided a prison sentence in May after he was seen in a field near horses in Orchard Park, north Hull. 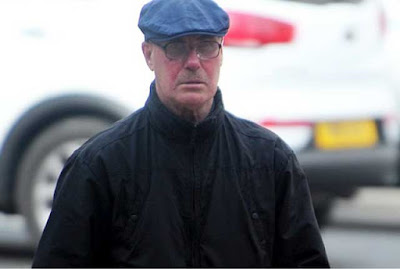 But he was seen on June 25 performing a sex act in a field containing horses, which has now led to him being jailed for two years, for what a judge called his "totally disgusting" behaviour. Downes was seen by a resident in a field in west Hull at 11am, Hull Crown Court heard. Prosecutor Phillip Evans said the man "challenged the defendant about his behaviour and noticed he was in close proximity to some horses. "The defendant claimed he had been urinating. He apologised and rode away on his bicycle. Notwithstanding that, [the resident] had taken some photographic evidence of what he had seen, which corroborated his view of events."

Downes was arrested by a community support officer and admitted twice breaching the order that day, but said he had gone back to the field "to look for my keys because I've lost them". As Mr Evans drew Judge Mark Bury's attention to Downes's criminal record, the judge said: "It doesn't make very good reading as far as he is concerned". Downes was convicted of indecent exposure in 1974, 1975, 1977, 1979, four times in 1980, with another taken into consideration, 1986, and 1983. He was convicted of exposure in 2007 under the then new Sexual Offences Act. He was made subject to an antisocial behaviour order in 2013 after a woman walking her dog saw him performing a sex act in front of a horse. He went on to breach the order five times. 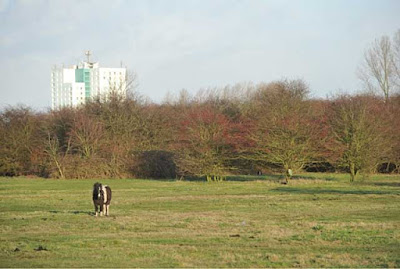 Downes, of north Hull, admitted breaching the ASBO and breaching the community order he was sentenced to in May. Nigel Clive, for Downes, said he had been making good progress on the Better New Me programme, and was planning to visit his doctor with his probation officer "to seek libido suppressing drugs". Inviting the judge to suspend any period of imprisonment, Mr Clive said: "If there was no realisation on behalf of this defendant that something must be done in relation to his behaviour, there would be little I could put before the courts that any sentence upon this defendant could be met by any other way than by imprisonment." But jailing Downes for two years, Judge Bury told him: "It's all very well talking about going to the doctor's and having treatment for your libido, but this is something you should have done years ago, Mr Downes."
Posted by arbroath at 6:00 am
Email ThisBlogThis!Share to TwitterShare to Facebook