A man who left more than 20 pairs of unworn knickers at the homes of two women in Shirley, Solihull, Birmingham, has been handed a restraining order. 57-year-old John Taylor from Chelmsley Wood, Birmingham, did not know either of his victims and left no note at either address. The underwear was new, unworn and bought from local supermarkets, including Sainsbury’s, Asda and Tesco. 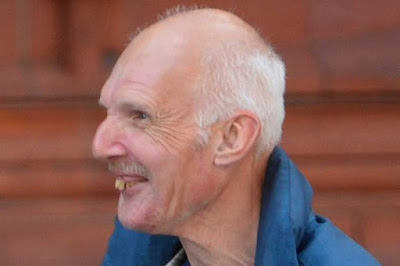 Magistrates heard the offences occurred in two roads in Shirley, close to where Taylor was living at the time, between January and March this year. Helen Shipley, prosecuting, said the first victim was a 75-year-old woman who lived alone in a bungalow. She first found a pair of knickers dangling from her front door handle in January and then on February 4 discovered four pair of pants in a carrier bag stuffed into her letterbox. A week later she opened her front door to find a Tesco carrier bag containing more women’s underwear and on Valentine’s Day a bag was left on her front door handle, filled with eight pairs of pants.

On February 26 another bag appeared, this one containing three pairs of knickers. The pensioner alerted police and Solihull Council. Its housing department installed a spyhole camera in her front door. Taylor also targeted a second victim, aged 39, who was first targeted by Taylor on February 15 when the knickers were left on the handle of her front door. She assumed it was a Valentine’s gift left at the wrong address, but then on March 18 her partner found two pairs of knickers in their porch. The couple installed CCTV cameras outside their house to try and catch the culprit - and later caught Taylor on camera. 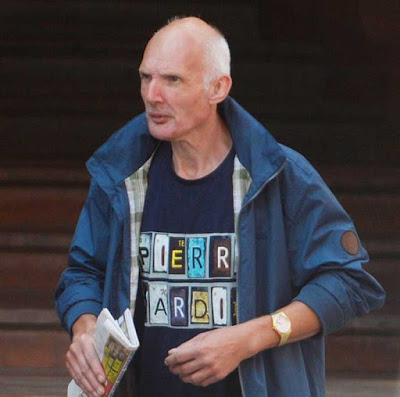 He was arrested on April 6 and at first denied the offences. But his identity was later confirmed by the CCTV footage. Miss Shipley said he had no previous convictions, apart from a caution for shoplifting. Taylor’s solicitor, Edward Ball, said his client’s motivation was “loneliness” following the breakdown of his long-term relationship. “He is thoroughly ashamed and was a very lonely man at the time he committed these offences,” he said. Taylor was given a 12 month restraining order banning him from contacting either victim after he admitted two charges of harassment. He was also issued with a 12-month community order, fined £120, and ordered to pay £135 costs and a £60 victim surcharge.
Posted by arbroath at 6:00 am
Email ThisBlogThis!Share to TwitterShare to Facebook

If that guy is 57 then he is raging so fast that before long he won't be doing anything. I think someone here is dyslectic and the guy is 75. That looks about right.

from someone just turning 70

Can someone tell me what's up with those "teeth" in first pic? I keep thinking inbreed but it's UK ;)