A horse “rear-ended” a motorcycle on a road in east China’s Zhejiang Province last Thursday. The owner of the horse said he was walking the horse while a motorist opened the throttle while passing them. 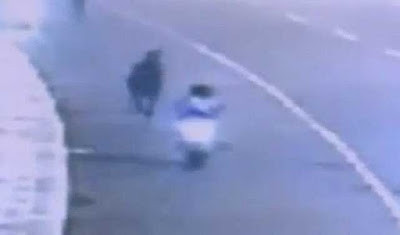 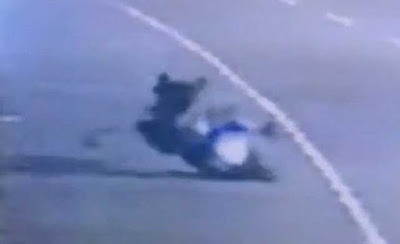 The noise of the motorcycle frightened the horse, making him chase after it. The three-year-old horse quickly caught up with the motorbike, causing the two people onboard to crash. The owner of the horse was seen running after his animal. 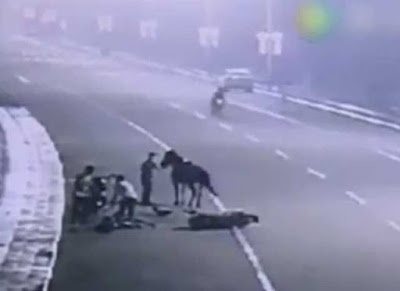 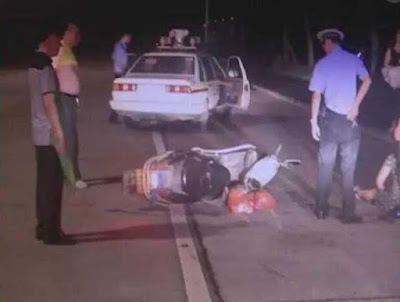 According to the police, the motorcyclist was driving under the influence of alcohol, an offence leading to a fine of 1,800 yuan (£205, $270) and a six-month licence suspension. The two victims were sent to the hospital, and claimed the owner of the horse should pay for their medical fees.

Traffic police determined the case was not a traffic accident but a physical injury case, which is under further investigation. China has the second largest horse population in the world, the US has the largest, and horses are far cheaper in China. While it isn’t common to see people riding horses in major Chinese cities nowadays, one horse riding advocate recently said that he thinks it is cheaper to ride a horse than drive a car.
Posted by arbroath at 6:02 am
Email ThisBlogThis!Share to TwitterShare to Facebook