A naked woman held a lighter to a propane tank in front of deputies before being taken into custody on Thursday, the Collier County Sheriff’s Office in Florida said. The woman resisted arrest and bit the left hand of one of the deputies, but she failed to cause damage because she doesn’t have any teeth, according to police.

The mother of Sarah Jo Longacre, 45, told police that her daughter had been drinking for days and had begun sucking propane in their garage in Naples. Deputies approached Longacre and said they was there to help, but she refused, lit the lighter and placed it right in front of the nozzle of the tank. 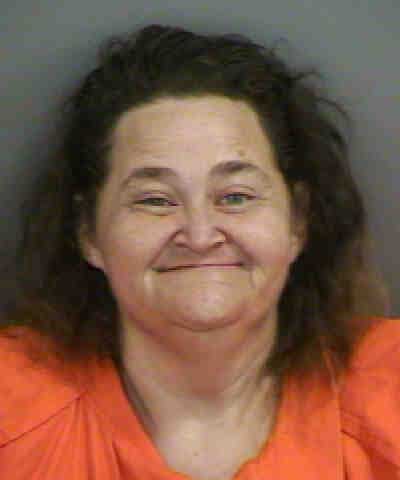 One of the deputies said he went into the garage and kicked the propane tank away from the woman, discovering that it appeared to be empty. Longacre subsequently told the deputies that she’d been inhaling the fumes from the propane that had been in the tank and estimated she’d consumed 2 litres of alcohol.

Emergency medical personnel were dispatched and the deputies remained on scene, but Longacre managed to dial 911 five times and the Naples Police Department once while waiting for the crews to arrive, police said. She was arrested and faces felony charges for threatening to discharge a destructive device and resisting deputies, and a misdemeanor charge for misuse of 911. Her family said she continues to struggle with drug addiction and needs help.