A man claiming to be a part-time stripper barricaded himself in an elderly couple’s porch for fear of being abducted by aliens, a court heard. Craig Patrick Tyrone Moroney, was heavily intoxicated by alcohol when he appeared before magistrates in Newton Aycliffe, County Durham, on Thursday and was almost sent to the cells for refusing to stop talking. The 26-year-old, of Shildon, repeatedly interrupted court proceedings to try to persuade magistrates that UFOs and aliens had been out to get him on the night of the offence, June 19.

Joanne Hesse, prosecuting, described how a Shildon resident had heard noises coming from a neighbour’s garden at about midnight and had alerted the homeowner. The victim, an elderly man who lives with his wife who is disabled, went to investigate. He discovered a panel of glass in the rear porch had been smashed and found Moroney hiding inside. Ms Hesse said: “The police were called immediately, attended the address and subsequently arrested the defendant. 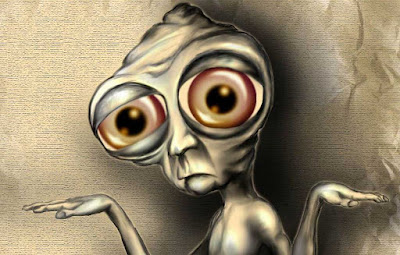 “He was scared, shouting for help and it was noted he had blood on his hand. In interview, he said he had put his hand through the glass and barricaded himself inside because ‘they were coming for him’. He said he was seeking help because he was frightened.” In a statement read out in court, the victim said it had been a shock to find Moroney on his property and expressed his relief that the intruder had been unable to get into the house. Moroney pleaded guilty to criminal damage and told magistrates he drank alcohol every day or he got the shakes.

When the issue of compensation was mentioned, Mr Moroney spoke out again to say he would be unable to pay for the £150-worth of damage caused. He claimed his only source of income came from occasional work as a mobile stripper. Callum Terry, mitigating, highlighted how his client had entered a guilty plea at the first opportunity. He said: “It is clear he was fearing for his safety that night and whatever it was that caused him to be scared contributed to him breaking the window.” Moroney received a 12-month conditional discharge and was ordered to pay £150 compensation to the victim. After passing sentence, the chairwoman of the bench, Marian Hogarth urged Moroney to go to see his GP for help.
Posted by arbroath at 6:00 am
Email ThisBlogThis!Share to TwitterShare to Facebook