When the police received the call, they thought it was a joke. But two officers were sent to the scene to see what the fuss was about. The unnamed lady was demanding her money back for a sex toy she wasn’t happy with, but the shop was only offering her store credit so that she could buy another. 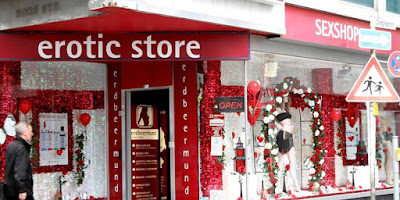 According to the police report, the elderly lady found “the suction function and fart and kissing noises were too unerotic for her.” But the shop claim they demonstrated the toy to her before she bought it, and the noise of the instrument hadn’t been a problem back then. In the end, the police were unable to help the woman because no crime was being committed.
Posted by arbroath at 6:02 am
Email ThisBlogThis!Share to TwitterShare to Facebook