Police and the FBI are searching for a man who robbed a New York bank while wearing a ball gown. Police said the man robbed the Santander Bank on Staten Island on Tuesday while wearing a silver and black dress along with heels, a hat, and sunglasses. 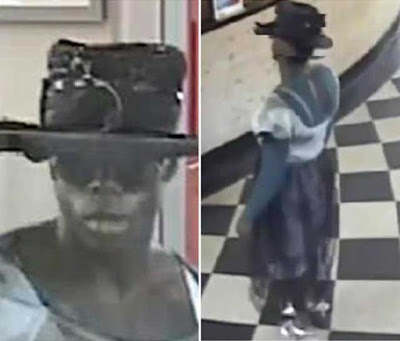 Sources say the suspect pulled out a silver handgun during the heist, yelling, “give me the money and hurry up about it,” before taking an undetermined amount of cash. Video from nearby convenience store King Deli of the Island later shows the suspect ditching the dress. 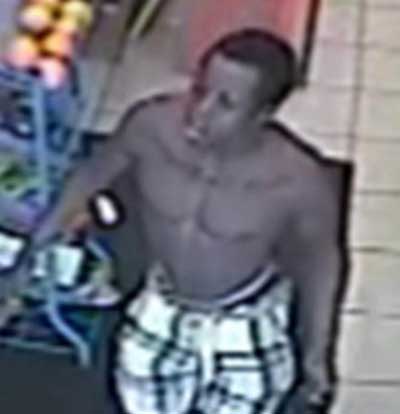 He ran off in shorts, blue and white Nike Jordan sneakers, and no shirt. Suliman Aldalaim, a deli employee, says he is bewildered. “He starts changing clothes. I say why you do that in here? He said he got into a fight with his girlfriend and he had to run away from her because she called the police for him,” Aldalaim said.

“Usually when you hear about the bank robbery they have a ski mask thing,” one local resident said. “But a dress … that’s really crazy.” The man is believed to be about 5′ 8″ to 5′ 10″ tall about 175 lbs, and may have scarring around his mouth. He did not appear to have any visible tattoos, police said.
Posted by arbroath at 6:04 am
Email ThisBlogThis!Share to TwitterShare to Facebook