A Chicago pub owner believes a group of thieves who have been preying on the West Town neighbourhood, inadvertently saved the life of a dog earlier this week. 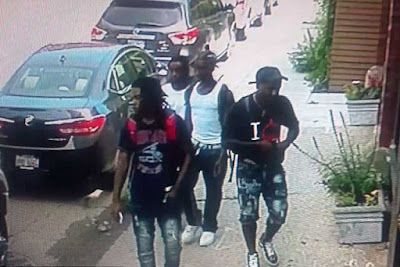 A pick-up truck parked near the Irish Nobleman Pub at around 9:15am on Monday, when the temperature was already around 80 degrees. The temperature outside was rising rapidly - and a German shepherd was locked inside the truck. Within 15 minutes, a group of four young men came along. 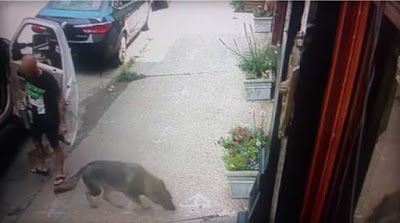 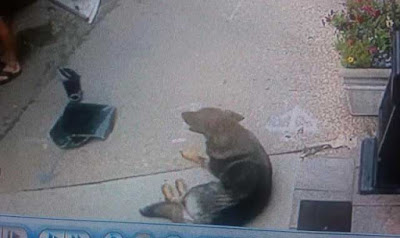 "They were walking down the street, looking in every car they walked past, and I believe they saw the laptop and smashed the window and took it out," pub owner Declan Morgan said. "I don't believe they knew the dog was in there." Morgan said he thinks the thieves accidentally saved the dog's life by breaking the window.

The truck's owner returned after about an hour to find his window broken and his laptop gone. "I believe what comes around, goes around," Morgan said. "He didn't think it was a big deal that his dog was in there for an hour. I told him I would've smashed the window if I knew the dog was in there."
Posted by arbroath at 6:06 am
Email ThisBlogThis!Share to TwitterShare to Facebook

Dog owner should be fined for animal cruelty and have his name published in the paper. The dog needs a new home;I'll take him. Jan, community service officer, Wheaton Police Department.