Workers laid tarmac around a disabled Birmingham resident during an apparent protest in a Solihull street. The mystery lady sat on a walker in the middle of a pavement in Smith’s Wood. The episode is believed to have followed a disability access protest, possibly about a dropped kerb. 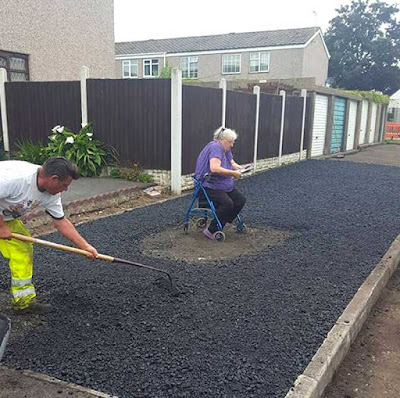 When she refused to move, workers continued to lay the tarmac around her. Wesley Woolery was in the area at the time and captured the unusual confrontation on his mobile phone. “I just couldn’t believe this lady remained there, considering the heat coming off that tarmac,” he said. “I saw was what happening and thought it was so bizarre, I had to film it. 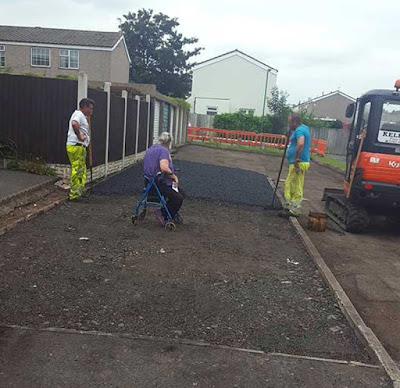 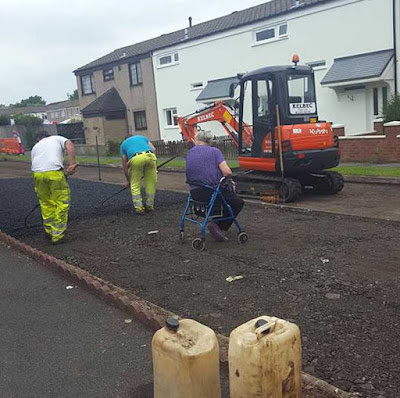 “I drove off soon after so I’m not sure what happened but it was really comical at the time.” The mystery woman has not been identified and it is unclear why she refused to move for the workers. But some locals claim she wanted a dropped kerb at the site, which has now been installed.

Others clam it was about a parking space. Mr Woolery said: “From what I can gather, I think the lady was angry because she wanted extra parking where that part of the footpath is. But, like me, I don’t think people could believe what she was doing. It’s just funny that they continued to tarmac around her anyway.”
Posted by arbroath at 6:00 am
Email ThisBlogThis!Share to TwitterShare to Facebook