Untouched burgers, half eaten chips and bottles of coke were the “appalling” sight discovered on the wicket of the Ilford Cricket Club in Essex last Monday morning. 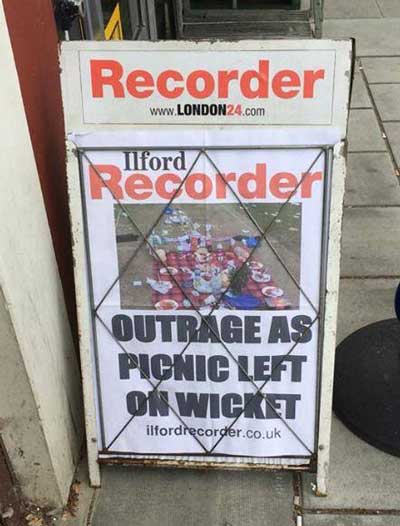 The remains of the picnic, which looked as though it was abandoned half way through, were found by an early morning runner shocked by his discovery in Valentines Park. 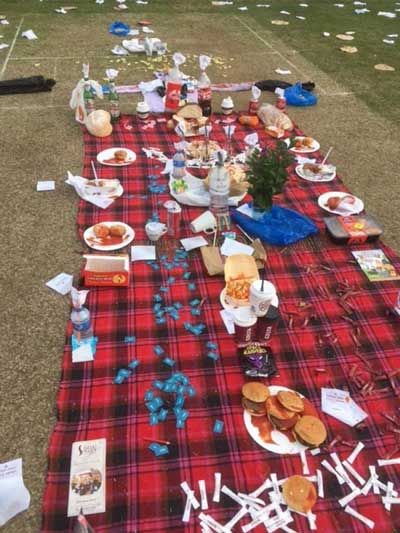 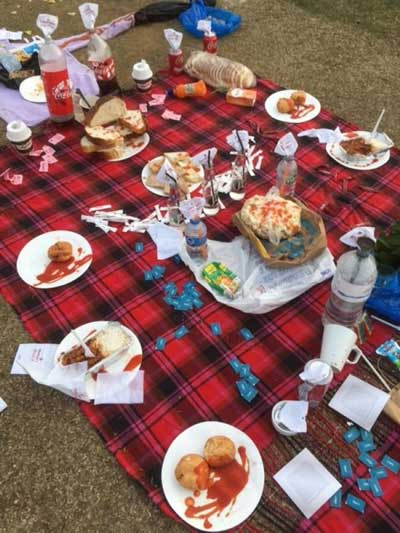 Chairman of the Ilford Cricket Club Maz Malik said: “The cricket team left the grounds at about 8pm on Sunday. They came later and found that the clean and tidy cricket ground was a pleasant place for a picnic. “Under the cover of darkness, they left everything there and exited the park. They could not have done this in broad day light because someone would have stopped them. It’s just appalling behaviour.” The cricket club later cleaned up the mess.
Posted by arbroath at 6:02 am
Email ThisBlogThis!Share to TwitterShare to Facebook

A bit of a sticky wicket, I'd say.