Police in Lanarkshire, Scotland, are investigating reports of an apparent poltergeist ghost which is believed to have been haunting a house. Experienced police officers were called to a property on Stonelaw Road, Rutherglen last Monday after a mother and her teenage son endured two days of paranormal activity in their home. 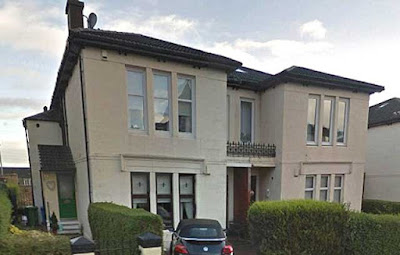 After the officers arrived at the scene, they witnessed bizarre occurrences, from clothes flying across the room, lights going on and off, oven doors opening and closing and lampshades mysteriously turned upside down. The mother and son's pet chihuahua too was involved in the supposed haunting, after it ended up on top of a seven-foot hedge whilst playing in the garden. The family, who have now moved out of the property and are living with relatives, contacted the police to report 'disturbing incidents' in their home at the start of last week.

The woman and her teenage son experienced violent and unexplained circumstances and as a result, are extremely distressed. A police source said: “These were incidents that were witnessed by our own officers. Incidents that are not easily explained. But officers with more than 20 years’ service are saying they’ve never seen anything like this. It really is something that down-to-earth police officers are having trouble getting their heads round. How do you handle what, despite us disliking to use the word, has been described as a poltergeist.” The woman and her son are devout Catholics and police have since contacted the Church for help following the incident. 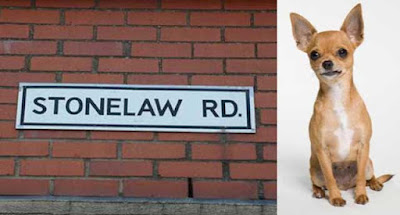 It is believed a Priest has been to the house and performed a blessing in a bid to cleanse the property. Officers who attended the scene thought the incident was related to mental health issues, but once they witnessed the lights turning on and off, they realised this was different. An inquiry is now ongoing, with police assessing the history of the home and tracking down previous owners of the property to see if any similar incidents were reported. Social workers and doctors are now working with the family to provide support following the terrifying ordeal. A spokesman for Police Scotland said: “On 8 and 9 August police attended a house in Rutherglen to reports of a disturbance. No evidence of criminality was found and advice and guidance was given to the family.”
Posted by arbroath at 6:00 am
Email ThisBlogThis!Share to TwitterShare to Facebook