A jet-setting rubber duck is back home in Hampton, New Hampshire, but its travels and sudden return after five years are still a mystery. Stolen in 2011, the Troiano family’s duck returned home last week. The duck had visited 20 countries on its journey, from Austria to South Africa. 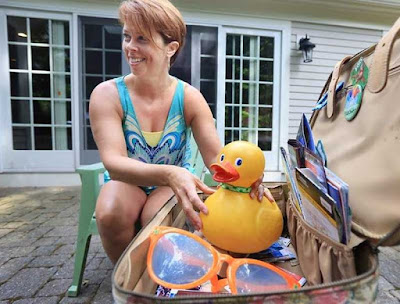 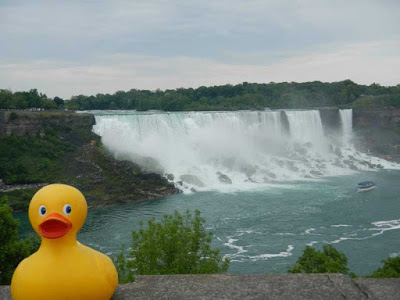 "A few months later, I got a postcard," Jennifer Troiano said. "It said, 'Family, I've decided to travel and see the world.'" The postcard was signed "Gale Ducky," and it invited the family to follow its travels on Facebook. The page tracked the duck's travels, and postcards continued to come in. "The first one was from Kuwait City," Troiano said. 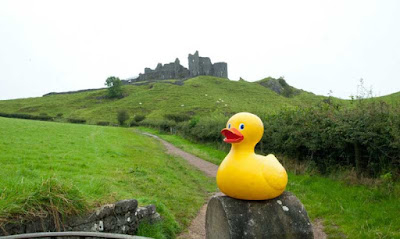 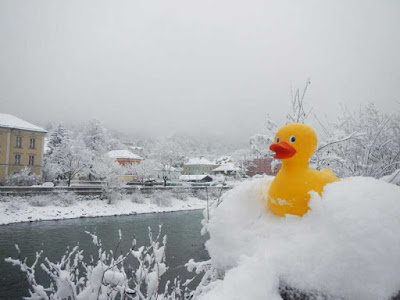 "One was from Panama. One from Austria." The family got updates for five years from exotic locations. Troiano and her daughter quizzed their friends and neighbours. "We didn't know if it was being passed around," she said. "It could've been, but on the postcards, it looks like all the same handwriting." This week, a photo arrived of Gale on a suitcase. 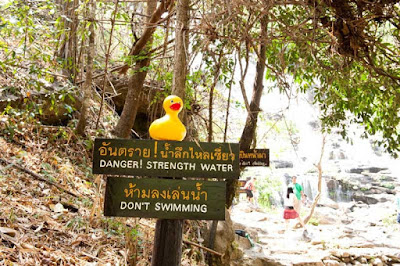 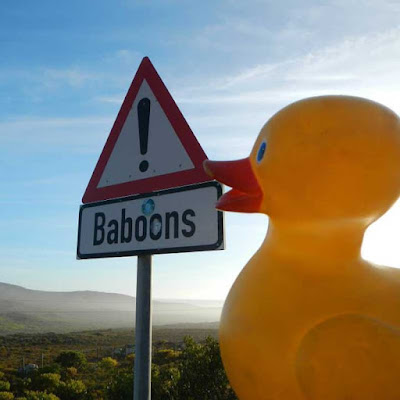 "The next picture looked suspiciously like my sidewalk and my drooping flowers, and I'm like, 'Wait a minute, she's home! She's in the driveway!'" Troiano said. The suitcase overflowing with travel memorabilia. There were brochures, train tickets, and even a box of Gale Ducky business cards. The same day that Gale Ducky mysteriously returned to the Troiano family, they were made administrators of its Facebook page. "It's someone who obviously has a great sense of humour and obviously has a lot of money to travel," Troiano said.
Posted by arbroath at 6:07 am
Email ThisBlogThis!Share to TwitterShare to Facebook