A security conscious sheep farmer in Cumbria has resorted to radical measures to deter sheep rustlers after losing hundreds of animals in recent years. 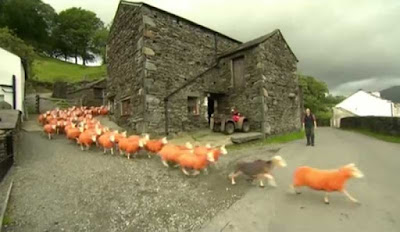 Troutbeck farmer Pip Simpson has sprayed almost 800 of his flock with a luminous orange dye to help them stand out on the hillsides and make them less desirable to thieves. Mr Simpson hopes his glow-in-the-dark Cheviots will be less prone to rustlers and bring an end to thieves stealing his stock. 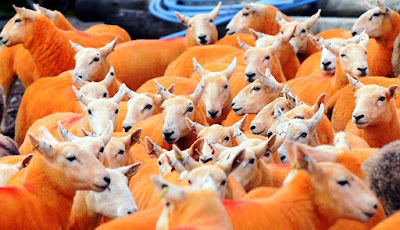 "Over the last four years we will have had towards 300 sheep go missing or pinched so we've had this constant problem with never being able to stop it," he said. "The only solution we could find was to make them completely different to everybody else's so they've been sprayed luminous orange. It's just a dye, there's no chemicals or anything and it's not going to harm them at all." 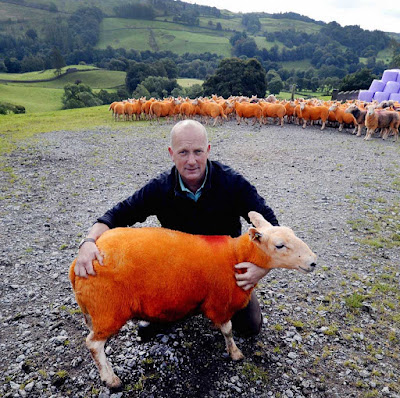 But despite having to take the radical step, 50-year-old Mr Simpson believes there is a valid logic behind his method. "We're hoping this will deter thieves because if they did get pinched they're bright orange and somebody is going to wonder where they've come from. It's a massive problem is sheep theft. As sad as it is, it's probably someone local who knows the area that's doing it."