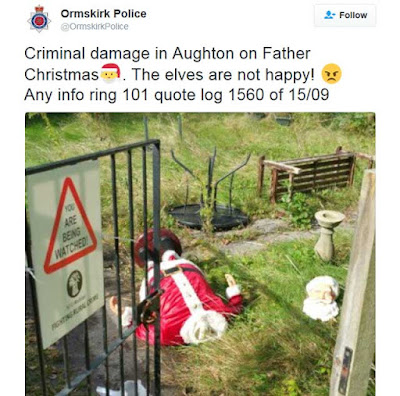 As the countdown to Christmas approaches the last 100 days police were called to a garden display in leafy Aughton, west Lancashire, on Thursday.

There they found someone had attacked one of the ornaments, leaving a headless Father Christmas lying on the grass. With the sun still shining, the signs of the approaching festive season did not appear to go down well with everyone. 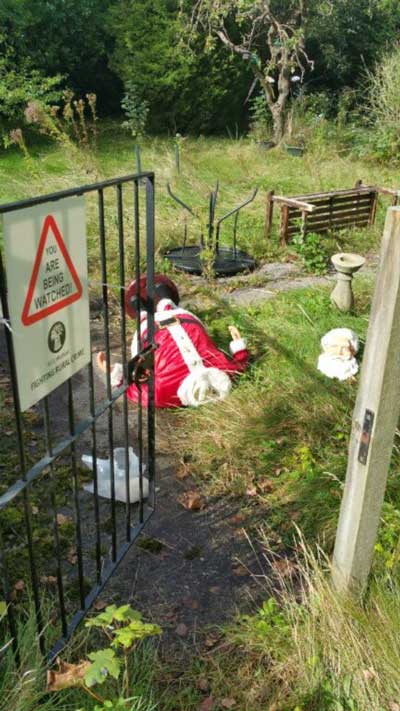 Lancashire Police tweeted evidence of what they found, revealing the stricken Santa Claus. Appealing for information over the incident the Ormskirk and Burscough Police team said: “Criminal damage in Aughton on Father Christmas. The elves are not happy! Any info ring 101 quote log 1560 of 15/09.”
Posted by arbroath at 6:00 am
Email ThisBlogThis!Share to TwitterShare to Facebook