A student was robbed by a raccoon when the animal snatched his phone and ran away with it. Guy Williams, 19, said he's noticed the same raccoon around the Bellarmine University campus in Kentucky for about a year now. 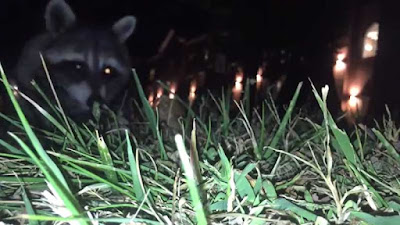 Earlier this week, he decided to feed it acorns and film the little guy's reaction. "It didn't seem to be afraid of humans," Williams said "I was hoping to capture an up-close video of the raccoon." 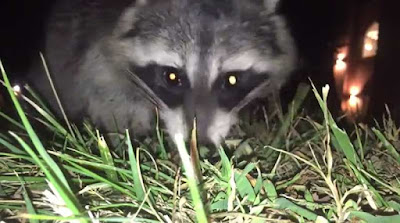 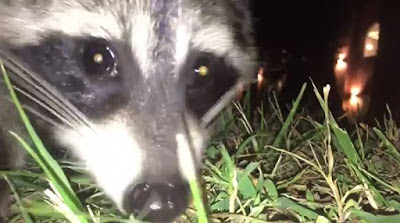 What he didn't know was that Stanley, the name he gave the raccoon, had a plan of its own. Out of nowhere, the raccoon grabbed the phone with its teeth and took off running. Williams' frantic cries for Stanley can be heard in the background as the phone keeps filming. "I was legitimately freaking out," Williams said.

"I thought I lost my phone forever ... to a raccoon." He said he ran after the raccoon through a wooded area for about five minutes before it dropped the phone, and left the scene. Williams and his friends later found the phone, which was scratched but otherwise in good condition, by calling it.
Posted by arbroath at 6:07 am
Email ThisBlogThis!Share to TwitterShare to Facebook