An aspiring weatherman in eastern Kentucky has been arrested after admitting he intentionally started a fire in a forest to bring attention to his Facebook videos, police said. 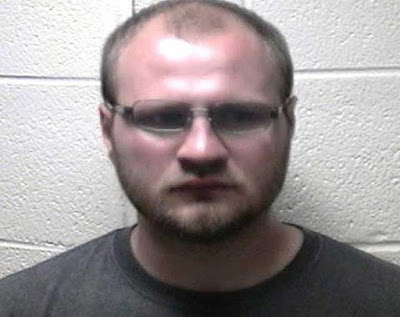 He called them "Weather Outlook" segments and got 2,900 views on his final video, posted on Nov. 6, in which he warned eastern Kentucky residents, "Be extremely careful if you're out there," according to Stephens. Mullins was charged after he told police he started the fire "because he enjoyed the attention he got from the Facebook stuff," Stephens said. 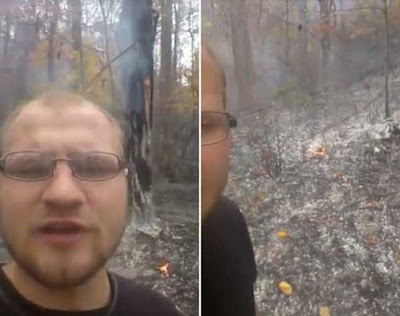 "He likes to do Facebook videos and have people follow him on his 'weather forecast,' so that's pretty much why he did what he did," Stephens said. "He enjoyed the attention he got from the Facebook stuff. It's really too bad because he's not a bad kid, he's just misguided," Stephens added. "He didn't realise how much danger he was putting other people in."
Posted by arbroath at 6:06 am
Email ThisBlogThis!Share to TwitterShare to Facebook