Two men described as “feminine” and wearing fake eyelashes and long red nails are being sought in connection with a yoga pants heist at a Victoria’s Secret store in South Carolina. 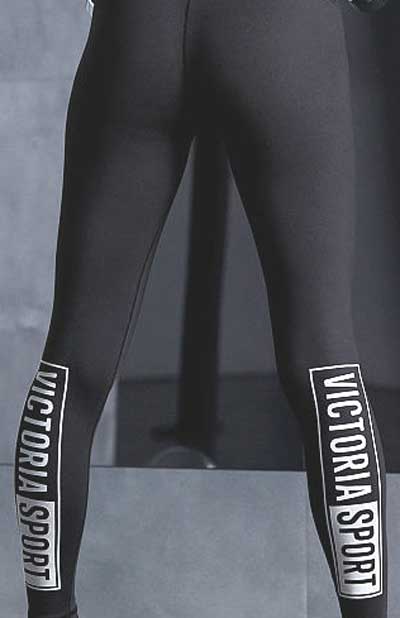 Deana Milligan, an employee at the Spartanburg store, told police that she observed two black men enter the business at around 9pm on Wednesday “and hang out near a yoga pants display.”

Milligan said that the duo proceeded to place multiple pairs of yoga pants in shopping bags before fleeing the store without paying for the garments. A Spartanburg Police Department report describes the suspects as wearing “red sweatshirts and red sneakers and had nose rings.” 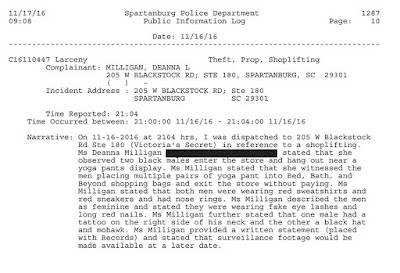 Milligan described the duo as “feminine and stated they were wearing fake eye lashes and long red nails.” One suspect, Milligan added, had a neck tattoo, while his accomplice wore a black hat atop a Mohawk haircut.
Posted by arbroath at 6:05 am
Email ThisBlogThis!Share to TwitterShare to Facebook

I really hoped I wouldn't face any kind of college essay as soon as I graduate from school. But no, essay is a mandatory course for freshmen. Sigh. I'm loyal customer Paramountessays service for at least a year. I know I’m not the best when it comes to paper work. Thanks for your help and responsiveness!

After all I will be subscribing to your feed and I hope you write again very soon!
A debt of gratitude is in order for sharing this helpful information..
고스톱

Incredible things you've generally imparted to us. Simply
continue written work this sort of posts. The time which was
squandered in going for educational cost now it can be utilized for
studies. Thanks
스포츠토토

You have a decent point here! I absolutely concur with what you have
said!!Thanks for sharing your views...hope more individuals will
read this article!!!
성인웹툰

I truly thank you for the profitable information on this awesome
subject and anticipate more incredible posts. Much obliged for
getting a charge out of this excellence article with me. I am
valuing it all that much! Anticipating another awesome article. Good
fortunes to the creator! All the best!
토토사이트