The mystery of Ireland's worst driver

Details of how police in the Irish Republic finally caught up with the country's most reckless driver have emerged.

He had been wanted from counties Cork to Cavan after racking up scores of speeding tickets and parking fines.

However, each time the serial offender was stopped he managed to evade justice by giving a different address. But then his cover was blown. 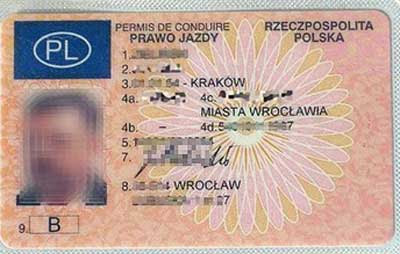 It was discovered that the man every member of the Irish police's rank and file had been looking for - a Mr Prawo Jazdy - wasn't exactly the sort of prized villain whose apprehension leads to an officer winning an award. In fact he wasn't even human.

"Prawo Jazdy is actually the Polish for driving licence and not the first and surname on the licence," read a letter from June 2007 from an officer working within the Garda's traffic division.

"Having noticed this, I decided to check and see how many times officers have made this mistake. It is quite embarrassing to see that the system has created Prawo Jazdy as a person with over 50 identities."
Posted by arbroath at 10:10 am
Email ThisBlogThis!Share to TwitterShare to Facebook