Husband tried to win back wife by poisoning her

A husband was likened to Hamlet yesterday after attempting to poison his estranged wife in a perverse effort to win her back.

William Dowling, 69, spooned the mercury globules into her floral china cup with the aim of making her dependent on him and rekindling their marriage. He hoped his wife would become so ill that he could volunteer to look after her, Preston Crown Court heard.

But his stratagem was discovered when she became suspicious about the silvery beads in the bottom of her cup. 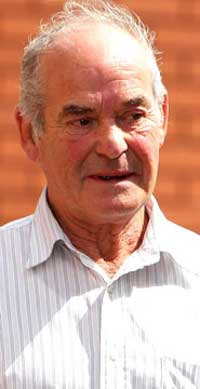 Dowling, of Colne, Lancashire, administered the poison on a number of occasions but denied that he ever intended to cause her serious harm.

Mark Lamberty, for the prosecution, looked for inspiration from Shakespeare telling the court: “He was seeking a reconciliation with his wife and his attitude was analogous to that Hamlet comment of a play within a play - ‘no, no, they do but jest, poison in jest’.”

Dowling had been due to be sentenced after pleading guilty to administering a poison or noxious substance with intent to injure but the judge asked for medical reports to be carried out to determine the full impact on his victim. He will now be sentenced next month.
Posted by arbroath at 9:07 am
Email ThisBlogThis!Share to TwitterShare to Facebook