Australian man caught with meat and two veg in pants

Mau Gibuma, 51, who was seen trying to shoplift at Woolworths’ Abbott St supermarket on Thursday afternoon had been desperate for food after living on the streets, his lawyer Steve Carter said. "He simply had no money and was hungry," Mr Carter said.

Prosecutor Scott Parsons told Cairns Magistrates’ Court, where Gibuma was fined $100 for shoplifting, that Woolies’ security staff saw Gibuma put three limes in the pocket of his jeans then walk to the meat aisle, pick up a beef tongue and put it down the front of his trousers. 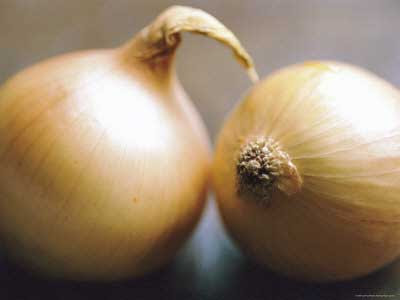 When taken into the office and asked to take the items out of his jeans, Gibuma reached into his pants and pulled out three trays of rump steaks and a packet of lamb forequarter chops. "When asked about the limes and beef tongue, he then produced those items," Sen-Constable Parsons said. "Asked if there was any other items, he produced two onions."

Mr Carter said his client, who spent Thursday night in the watch-house, had been living in a night shelter at Westcourt after an argument with his sister, with whom he previously lived. He now planned to move to Townsville where his brother lives, he said.

Magistrate Allan Comans told Gibuma that he could convert his fine to community service if he had trouble paying it.
Posted by arbroath at 7:06 am
Email ThisBlogThis!Share to TwitterShare to Facebook

Needing to eat is the only reason I can condone stealing. I think I heard that you can actually cook meat with a lemon or lime. I wonder if thats why he took them...