A council and school have apologised to parents after some primary seven pupils were left in tears during a role-playing lesson about the Holocaust. The children, aged 11, at St Hilary's Primary in East Kilbride were told some of them might be taken away from their families because they had lower IQs.

The exercise aimed to help the pupils understand the experience of Jewish children during the Holocaust. South Lanarkshire Council apologised after a complaint from a parent. 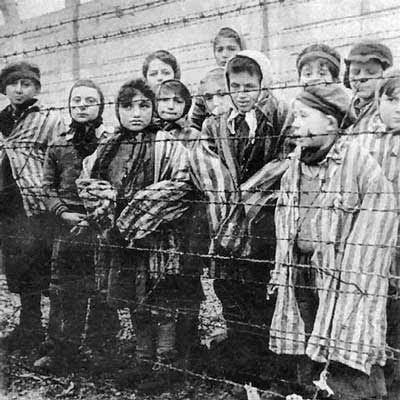 The school has also sent a letter of apology to all the parents of pupils in the class, apologising unreservedly for the unintentional distress caused by the lesson. A council spokesman said: "Schools commonly engage in drama-based exercises which encourage children to use their imagination and act out a character.

"These role play situations are designed to help children understand diversity and develop empathy for the victims of prejudice and are usually very well received by pupils. The activity was designed to develop the children's understanding of unfairness and inequality. We are sorry that the lesson had this effect on some pupils."
Posted by arbroath at 9:01 am
Email ThisBlogThis!Share to TwitterShare to Facebook