All they wanted was free pudding. Now they're under arrest. Suffolk County Police have arrested an East Northport husband and wife for tampering with Jell-O brand pudding mixes purchased at local supermarkets.

After reviewing hours of surveillance video and following up on numerous leads, officers identified Christine Clement, 64, and Alexander Clement, 68, both from 139 Dickinson Ave., as the individuals responsible for tampering with the pudding mix. 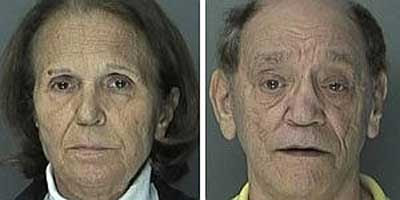 Apparently, Christine Clement purchased the product, removed the original pudding mix and re-filled the boxes with a sandwich bag containing salt and sand. The boxes were then resealed and returned to the supermarkets for a monetary refund.

There is no indication that Christine's intent was to inflict physical harm to any other consumers or the supermarkets, but to obtain the pudding mix without having to pay for it. None of the individuals that purchased the product that had been tampered with were injured.