The parents of a four-year-old abuse victim accepted money, which they used for a deposit on a new house, from their son’s attacker rather than reporting him to police. Children’s campaigners have described the case of Gerard Raffell — who paid £18,000 to secure the silence of his victim’s family — as shocking.

The payment left Raffell, 42, a teacher, free for four years before he was arrested last year when the boy, still traumatised by his ordeal, finally spoke about the attacks. Detectives looked into bringing blackmail charges against the boy’s parents after Raffell said that the family had demanded the money from him.
However, the Crown Prosecution Service decided against bringing charges because there was no evidence of any unwarranted demand made with menaces. The parents claimed that Raffell volunteered the payment. Details of the deal between the parents and the paedophile emerged at Northampton Crown Court after Raffell pleaded guilty to four abuse charges. 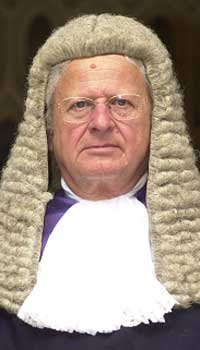 Judge Ian Alexander, QC, described the case as “troublesome” and said that the parents’ behaviour was “reprehensible”. He added: “If people across the country were doing their own bargaining over crimes, what kind of society would we live in? It would be like the mafia.” However, he spared Raffell a prison sentence and imposed a community punishment.

The boy had been repeatedly abused by Raffell, who was a friend of the family when he lived in Daventry, Northamptonshire, in 2004 and 2005. The court heard that when the abuse came to light Raffell agreed to give up his job as a maths teacher, sell his house, move away and pay the family £18,000.

The judge ordered him to participate in a three-year sex offenders treatment programme, placed him on the sex offenders register for ten years, banned him from working with children and made him the subject of a sexual offences prevention order. The judge said that Raffell could not receive the treatment he required during a short prison sentence.
Posted by arbroath at 7:04 am
Email ThisBlogThis!Share to TwitterShare to Facebook