An Elko County woman convicted of forcing a 13-year-old-boy to touch her breasts was sentenced to life in prison. Michelle Lyn Taylor, 34, was convicted of lewdness with a minor under 14 in November.

Taylor’s attorney, Public defender Alina Kilpatrick says it is the harshest sentence ever dealt to a female sex offender in Nevada. Kilpatrick called the sentence unconstitutional. 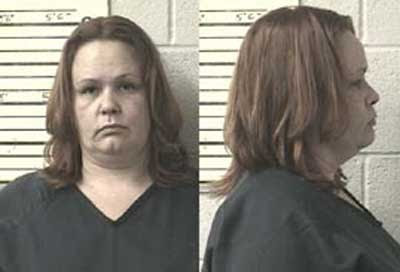 “This is cruel and unusual punishment,”Kilpatrick said. “She put his hand on her boob while she was wearing a bra, now she’s getting life.”

Elko County District Attorney Gary Woodbury said Taylor was "convicted of precisely of what she did," and under the state’ sentencing guidelines, life in prison was mandatory.

Woodbury says while it might be some adolescent male's fantasy to have sex with a woman, in this case it was a traumatic event. The child has needed, and continues to receive therapy.
Posted by arbroath at 8:09 am
Email ThisBlogThis!Share to TwitterShare to Facebook

Woodbury says Taylor felt her life would be over if she had to register (as a sex offender) so it wouldn't matter what she was convicted of.

This seems ridiculously heavy-handed, though.  For habitual molesters, maybe this would be appropriate.  But this sounds like a first offense.  Wouldn't counselling and some sort of restraining order be a better use of taxpayer dollars?

Was that her lawyer who was crying...?