A Canadian woman is suing a mobile phone company after her husband discovered she was having an affair through her itemized phone bill and left her. Gabriella Nagy, 35, is seeking 600,000 Canadian dollars (£405,475) from Rogers Wireless for invasion of privacy and breach of contract.

In court documents Ms Nagy claimed she had asked the phone company to send her bill in her name to her home, but it was instead bundled with the couple's television, Internet and home phone bill in her husband's name.

The husband became suspicious when he noticed a number frequently called on the bill and, after dialing it, was told by a man who answered that he recently had a three-week affair with Nagy. He left Nagy and their children in August 2007. 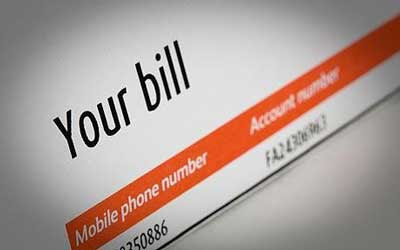 "The affair was over," Ms Nagy said. "The thing that really hurt me is that it all came out not through my own doing." She blamed Rogers for the breakup, for having "breached my privacy." "I entrusted them with my personal information," she said.

Rogers replied, saying it had consolidated the bills at the couple's request. "We cannot be responsible for the personal decisions made by our customers," a spokesman said.

"The marriage breakup and its effects happened, or alternatively, would in any event have happened, regardless of the form in which the plaintiff and her husband received their invoices," the company said in a statement of defence.
Posted by arbroath at 8:06 am
Email ThisBlogThis!Share to TwitterShare to Facebook

Ms Nagy said. "The thing that really hurt me is that it all came out not through my own doing.

What?!  You screwed around, woman.  How was this not your doing?  Stop trying to blame other people for your failings as a wife.

That is awful, she has an affair and just wants to pretend it didnt happen and takes the step to blame it on the phone company…Poor husband, not just has he found out his wife had an affair but now has to o through the ordeal of his wife hitting the news

The woman is a creep, and she deserved what happened. That quote from Mark really sums up how irresponsible and selfish she is.

But the phone company's actions were also wrong... imagine if she were in an abusive marriage and had been making phone calls to a support service or someone to help her get out?

I think the judge should order Bell to fix their practices immediately but not give this woman a penny.

They said, she said.  She claims she asked them to send her bill separately.  They claim the couple wanted the bills bundled.  Who's telling the truth?

cath's right, though.  This sort of thing could be disastrous in a different situation.

Good grief, it's not like someone at the phone company held a gun to her head and told her to cheat on her husband!  She's just p*ssed off that she's been found out.  Stupid cow, I hope the case is thrown out of court.