A flagship Tory council advised refugees from Afghanistan to look for support from a group of Afghan hound enthusiasts.

The gaffe came in a report by Hammersmith and Fulham Council which is selling off the building currently home to the Afghan Council UK. The Afghan Council is one of 20 help groups facing eviction to make way for the West London Free school. 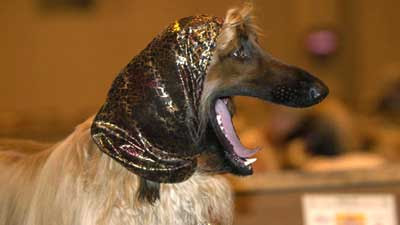 Labour's Hammersmith MP Andy Slaughter said: "Not only are the Tories selling for a song centres that are a hub for their communities but they're doing so in an ­ignorant and cynical way." A council spokeswoman said: "We are sorry."
Posted by arbroath at 5:00 am
Email ThisBlogThis!Share to TwitterShare to Facebook