Photographed by Caryn Walters in the Rocky Mountain National Park, this little fella helped himself to a cherry from a backpack. 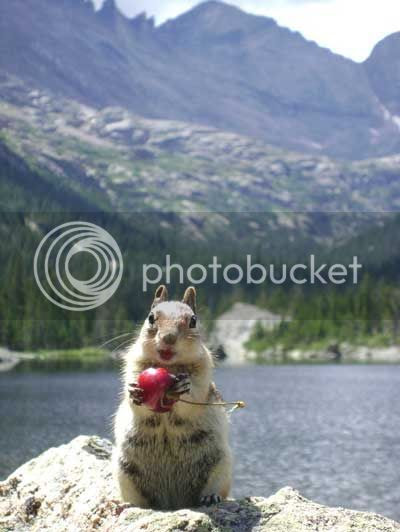 The photo has been entered into National Geographic's Traveler Photo Contest 2011, for which entries close on July 11.

First prize is a fourteen-day expedition for two to the British and Irish Isles aboard the National Geographic Explorer. Second prize is a nine-night hotel stay at Trident Hotels in India, including stays in Agra, Delhi, Jaipur and Udaipur.
Posted by arbroath at 6:08 am
Email ThisBlogThis!Share to TwitterShare to Facebook