A Russian man who tried to rob a hairdresser at gunpoint ended up a victim when she allegedly beat him senseless, tied him up naked and used him as a sex slave for three days. Viktor Jasinski, 32, had gone to the salon in Meshchovsk, Russia, with the intention of robbing it.

But after demanding the day's takings he instead found himself overcome by black belt karate owner Olga Zajac, 28, who floored him with a kick and then tied him up with a hair dryer cable. The blonde then took him into a back room and stripped him naked, using him as a sex slave for three days to "teach him a lesson", police say. 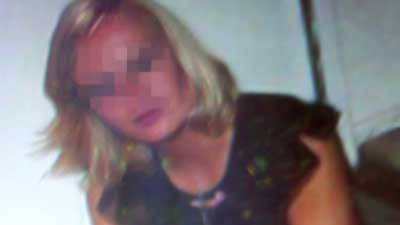 She eventually let him go, telling him: "Get out of my sight." Victor first went to the hospital to treat his swollen testicles and then to the police where he explained he had been held hostage in a back room at the hairdressers, chained up naked with pink fluffy handcuffs to a radiator - and fed nothing but Viagra.

When police arrived to question Zajac, she reportedly said: "What a b*****d. Yes, we had sex a couple of times. But I bought him new jeans, gave him food and even gave him 1,000 roubles (around £30) when he left." They were both arrested.
Posted by arbroath at 6:08 am
Email ThisBlogThis!Share to TwitterShare to Facebook

I bet she has a queue out the door now.

Not that I've watched any. My friend just told me.

The jokes for this practically write themselves. I guess the guy is happy the hairdresser wasn't male and gay.

Sorry, but I'm gonna have to call bullshit. Russian "newspapers" are famous for making up these sort of sensationalist stories.