A fake Batman has marched into Christchurch central police station demanding to know what emergency had triggered the "bat signal" - white light beaming through the sky.

The caped crusader, dressed in full superhero garb of mask, cape and tights, was insisting that the White Lights of Hope, which commemorate the earthquake anniversary, bear an uncanny resemblance to the bat emblem that flashes through the night sky. 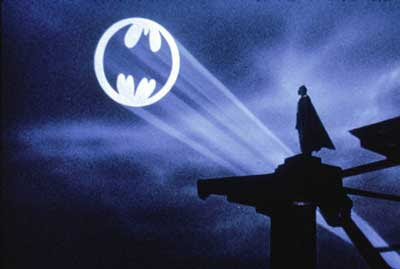 In the comic, it's police commissioner Gordon who orders the call for Batman to come to the rescue, so who better for the Canterbury faux hero to ask for. "First of all he wanted to speak to the commissioner," Sergeant Chris Jones said. "And then he wanted to know what was going on and why he'd been called, because he'd seen the lights in the sky."

Sgt Jones, who was just clocking on when the hero arrived on Sunday, said he was too "scrawny" to make a convincing Batman, adding Robin would have to be "6 foot 4 and built like a tank to help him out". After a brief chat, the superhero made a quick exit, leaving the officers chuckling.
Posted by arbroath at 6:07 am
Email ThisBlogThis!Share to TwitterShare to Facebook

What makes you think I wasn't on holiday?

omg i want to be this guy's friend.

Can I at least know your name first?