Man charged with assaulting his mother with ham

A Tennessee man is facing a domestic assault charge after he allegedly struck his mother with a ham during an argument on Tuesday afternoon in their home.

Emanuel Cordell Kennedy, 37, was arrested after his mother told police that she was hit in the back with the thrown ham as she was walking down the hall, according to a Union City Police Department report. 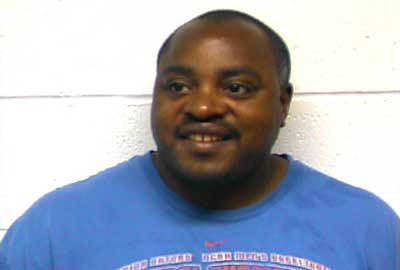 In an interview with police, Kennedy claimed that he did not intend to hit his mother, 55-year-old Brenda King, with the tossed ham. King apparently was not injured by the missile, the size of which was not detailed by investigators.

Kennedy is being held without bond in the Obion County jail. He is scheduled to be arraigned on the misdemeanor count.
Posted by arbroath at 6:10 am
Email ThisBlogThis!Share to TwitterShare to Facebook