A blow-up doll in one of Russia’s sex shops has fallen prey to a group of armed robbers.

­The Pink Rabbit sex shop became the theatre of war for three gentlemen who broke into the boutique in the centre of St Petersburg at six o’clock in the morning. 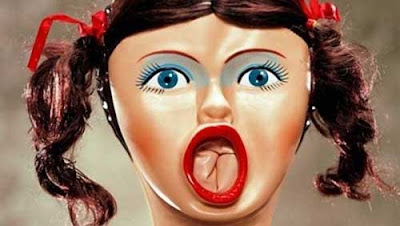 One of the robbers had a gun. Threatening the 35-year-old salesman, the gangsters stole a love doll, a cell phone and the shopkeeper’s e-book.

Police have failed to track down the armed robbers, who are still at large.
Posted by arbroath at 6:05 am
Email ThisBlogThis!Share to TwitterShare to Facebook