Woman arrested after biting motorist who stole her parking spot

It can be a struggle sometimes to find parking in San Francisco, and police said one woman literally fought tooth and nail for a chance to park her car on Thursday. A 22-year-old woman suffered serious injuries after another woman mauled her over a parking spot, according to police.

The fight began when one person was angry that the other woman swooped into their spot. Police said the two women were arguing when one asked the other to move her car because it was blocking a driveway. As the confrontation became heated, witnesses said the two women began pushing and shoving and then one woman began biting the other repeatedly. 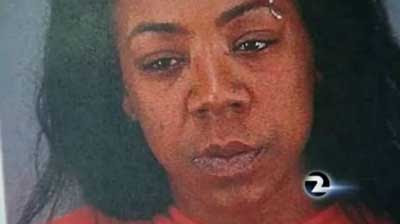 "I don't know why she would bite me," said the victim, who asked that she not be identified. "I don't understand why anyone would bite anybody unless you were hungry, and I don't really taste that good. I hope not."

Trevell Council, a friend to the victim, said he witnessed the fight. "She was like, 'Aaargh, aargh,' and she just kept biting her," Council said. "(She) kept biting her and my girlfriend was like, 'Help. Help.'" Police identified the suspect as 32-year-old Sara Gillian of San Francisco and said she is being charged with assault with a deadly weapon. Police said it's not uncommon for people to get into arguments over parking spots in San Francisco, but the biting is something they haven't seen before.

I just read about this in the paper today. She has guts....and bits of skin stuck in her teeth.