Homeowner scares two burglars out of house by shouting through webcam while 1,500 miles away

A man foiled a raid on his home from Turkey by shouting at burglars through a webcam while speaking to his wife. The man was some 1,500 miles away at a family funeral when he called home for a video chat.

But when his wife left the screen to pop outside he was stunned to see two burglars in the hallway. He screamed at them: “Get out of my house – I am calling the police.” The terrified pair fled empty-handed and are being hunted. 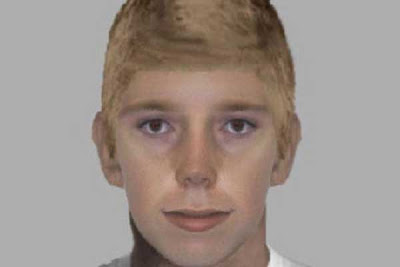 Detective Constable Mandi Coltman said: “This woman’s husband had been waiting for his wife to return but instead saw two strangers in his home. It was his quick-thinking actions that led to the thief running off.” The homeowner from Loughton, Essex, was speaking to his wife via MSN Messenger when she left the house to speak to their son.

However, the internet connection remained on. The man saw such a clear image of one of the men from the break-in at around 5pm on March 30 that police were able to create an e-fit. Det Con Coltman added: “We would ask people to look closely at the e-fit and contact us with the name of one of the men who invaded this family home.”
Posted by arbroath at 6:02 am
Email ThisBlogThis!Share to TwitterShare to Facebook