A housemaid in Dubai has been accused of urinating in the tea kettle of her sponsor’s family and endangering their lives. She believed that her urine would enchant them to treat her better. Prosecutors charged the 26-year-old Indonesian housemaid, D.R., of intentionally endangering the life of her Emirati sponsor and his family by urinating in the tea kettle and serving them the tea. Records said the defendant urinated in the teakettle and served the tea to the family seven times in the month of April.

When the defendant appeared before the Dubai Misdemeanour Court on Tuesday, she failed to admit or deny her accusation due to the absence of a translator. When asked by the judge on what language she spoke, D.R. stood in courtroom nine and confidently said: “I speak Arabic.” The judge adjourned the case until an Indonesian translator is made available on July 8. On being questioned by prosecutors, D.R. confessed that she had urinated in her sponsor’s tea kettle to enchant them so that they would treat her better. 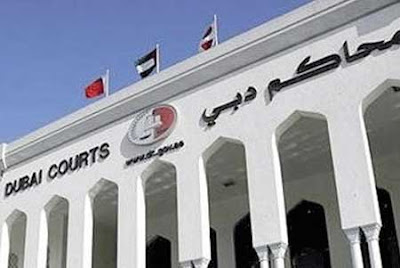 “Yes, I peed in the tea that I served them nearly seven times last April. My sponsor’s wife was constantly complaining .. .once I met my countrywoman and asked her for advice to make my sponsor and his family treat me better and love me more. She advised me to pee in the bathtub of my sponsor’s washroom and urinate in the tea before serving it to them. I did so nearly seven times until I got exposed. When the wife confronted me, I told her what I did. I used to urinate in a cup inside my washroom and then would go and pour some of the urine in her bathroom,” the housemaid said. D.R. alleged that she used to put around a teaspoon of her urine in the tea kettle before serving the tea.

She claimed that her sponsor, his wife and her brother drank the tea. Meanwhile, the Emirati sponsor testified that he reported D.R. to the police after he discovered four pools of urine in the washroom over different occasions. “Every time I asked her about the pool of urine, she denied any responsibility. However, on the day when I was taking her to the police in my car, she admitted that she had peed in the bathroom and tea kettle to enchant us and treat her better,” he claimed. The trial continues.
Posted by arbroath at 6:03 am
Email ThisBlogThis!Share to TwitterShare to Facebook

The amounts should be pretty small, how can it be endangering someones life?

This is reminiscent of love potions that used menses.

Could be worse; getting charged with witchcraft or the like has serious consequences in this part of the world.