Two French police officers needed medical attention after being attacked by an eight-year-old boy armed with a hammer and a tear gas canister.

The police were ambushed in a block of flats in the western city of Nantes while investigating a quarrel between neighbours. The boy broke one officer's finger with the hammer and stung them both in the eyes with the gas. 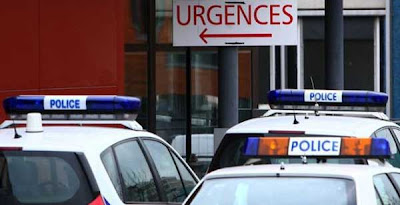 The boy and his mother were questioned later but not charged. A Nantes police spokesman said the boy "was highly aggressive and took our officers completely by surprise."

"We have no idea where he got the tear gas bomb from, but both men needed hospital treatment for serious irritation of their eyes and bruises from hammer blows. The boy will be reported to social services but at the age of eight he is too young to be prosecuted."
Posted by arbroath at 6:02 am
Email ThisBlogThis!Share to TwitterShare to Facebook