A man who pretended to be blind to get people to pity him was found dead in a flooded ditch after he apparently failed to see the hazard, an inquest has heard. Geoffrey Haywood, 65, walked with a white stick, used a talking watch and had carers to look after him. But the inquest was told he could see perfectly well and if someone dropped money on a pavement he would be the first to pick it up.

Mr Haywood was pretending to be blind when he went for a walk and fell into the ditch near his home. A coroner described it as the most "extraordinary" case he has dealt with in more than 30 years. Mr Haywood's brother Howard said: "Geoffrey had psychological blindness which started after the death of our mother. I would put a Christmas dinner in front of him and he would say: "Where's mine?". "But if someone dropped money in front of him he would pick it up straight away. 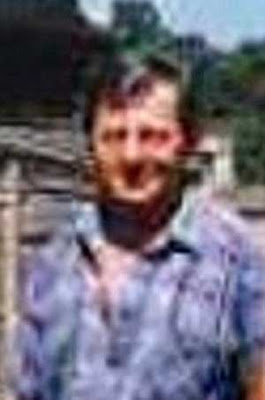 "I believe he used it as a way of convincing people to take pity on him and help him. It became worse the more pressure that was on him, when he was lonely or if things weren't going his way." The inquest in Newport, South Wales, heard doctors could find nothing wrong with Mr Haywood's sight even though he lived the life of a blind man. A massive search was launched in March after Mr Haywood went missing from his home in Newport.

The hearing was told his body was found in a ditch just 150 yards from his front door. Coroner David Bowen said: "Either he didn't see or didn't want to see the ditch, slipped and drowned. It's an extraordinary situation I've not come across before. I've been doing this more than 30 years and have never had a case as unique as this - someone convincing themselves they couldn't see." Verdict: Accident.
Posted by arbroath at 6:01 am
Email ThisBlogThis!Share to TwitterShare to Facebook