A train driver was met with a baffling sight when an emu was spotted running across the Ipswich to Lowestoft line.

National Rail recorded a sighting of the exotic bird near Saxmundham at 11.20am yesterday – but it is believed to have caused little disruption. 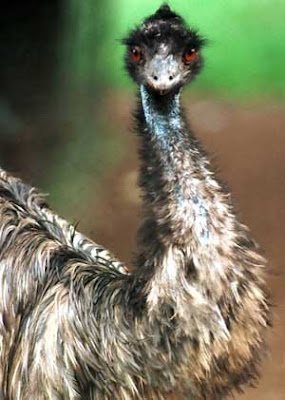 A spokesman for National Rail said: “It is not uncommon to have cows and sheep on the line, but an emu is rare.

“When there are reports of animals on the line trains are cautioned through, before being sped up later on to make up the time.” The incident comes after an ostrich forced a train to slow down near Wickham Market on Thursday, May 24 when it wandered onto the line between Ipswich and Saxmundham.
Posted by arbroath at 6:01 am
Email ThisBlogThis!Share to TwitterShare to Facebook