'Dead' man in river was just taking a nap

Just before noon on Thursday a body was spotted in the Susquehanna River in Williamsport, Pennsylvania. The body was seen floating face-up in the river just below a spill-dam, an area that has seen drownings before. Police and the coroner were on scene, fully prepared to investigate a drowning. Sue Hubbard was under that impression, she first spotted the man’s body in shallow water. “I saw him down there all by myself, second thought was oh my gosh,” said Hubbard. 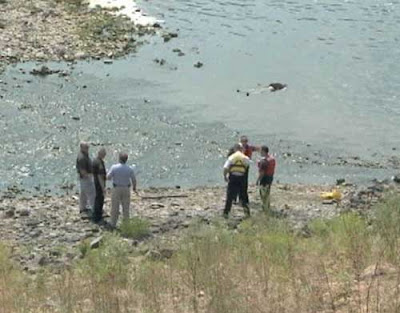 It was not long, though and the man sat up. He was okay, just floating in the river on a hot summer’s day. People who witnessed it could not believe it. “We were standing here talking to you, all of a sudden he sat up, and apparently wasn’t dead,” said Matthew Kranz of Williamsport.

“I said it’s a miracle. It’s great!” said Williamsport Police Captain Michael Orwig. One of the strangest parts about the whole thing was that the onlookers noticed the man in the river was wearing a life vest, and so if he was a drowning victim, they wondered how he got there. It turns out he was out for an afternoon nap in the Susquehanna River.

“I was out like a light, it was comfortable,” said Joseph DeAngelo. DeAngelo fell asleep in the river and was oblivious to what was going on around him until a dragonfly landed on his nose. “It was like laying on a cloud. I looked up at the clouds and I was laying on a cloud, and it was a wonderful thing,” he said. He said he was sorry for wasting everyone’s time, but that he was just living the best way he knew how. “Enjoy life as you have it, that’s what I was doing. Sorry I hindered anybody, I’m going to enjoy it,” said DeAngelo. He says has been going to that part of the river to relax and cool off for years.
Posted by arbroath at 6:06 am
Email ThisBlogThis!Share to TwitterShare to Facebook

This is why I hesitate to go to the beach. If I fall asleep, I'm afraid they'll call for beached whale rescue.