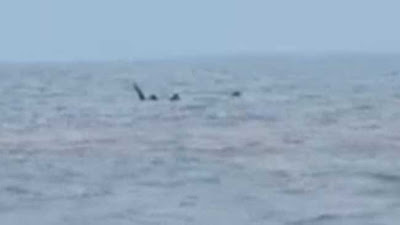 Neither species are regular visitors to the east coast, however a confirmed killer whale sighting had been made off the Wells coast in Norfolk earlier this year. Senior biologist Marcus Williams at the National Aquarium in Portsmouth says that it is most likely one or two basking sharks.
Posted by arbroath at 6:02 am
Email ThisBlogThis!Share to TwitterShare to Facebook

A killer whale? Really? Are these people really that clueless as to what a killer whale looks like?