Complaints about the use of the words "wanker", "cock" and "knob" in a road safety campaign have been rejected by the South Australian Government. Road Safety Minister Jennifer Rankine has told independent MP Bob Such that the results of the campaign "vastly outweigh it being labelled as irresponsible". Dr Such wrote to Ms Rankine in June on behalf of constituents who had complained to him about the road safety messages on the highway leading to SA from Victoria. 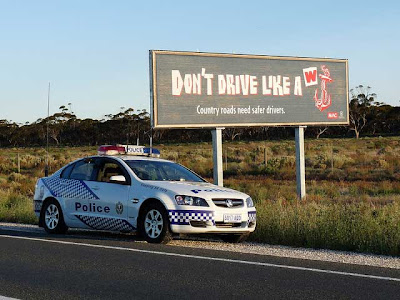 "Three signs in particular were considered to be offensive and degrading to our state - namely those which used pictures to suggest that driver should drive carefully and not be a wanker, a cock or a knob," Dr Such said. "In particular, the travellers felt the signs were an irresponsible and unfortunate introduction to visitors to SA." In a letter to Dr Such, Ms Rankine said the campaign had been developed by the Motor Accident Commission specifically for country drivers. She said the campaign had been extensively researched. 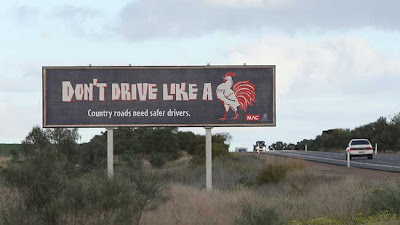 "The campaign visually implies words that more closely reflect the everyday language of its target audience," Ms Rankine said in her letter. "Judging the level of offence of a word is subjective. However, the MAC believes current community standards would not categorise the words used in the campaign as strong or obscene." Ms Rankine said it was unlikely the campaign would be understood by children. "Prior research showed that campaigns using humour and regional residents using `real' language would be well received by the target audience." 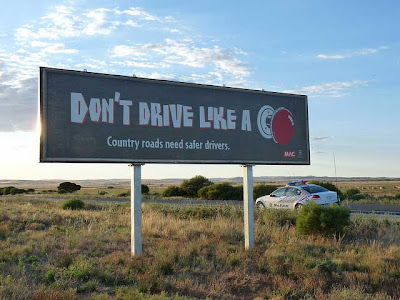 Personal rule: If someone uses the title "Dr" and they are not a physician, they're a wanker.

This is why i love being an australian.

Personal note: It delights me Anonymous finds such a trivial thing so irritating. My Schadenfreude makes me a wanker, I guess, but I have no regrets.

Hey Anonymous: as soon as you see the letters MP the wanker warning klaxon should sound. Forget about the fake Dr stuff.