A badger wandered into the Fresca Waterhouse convenience store on Rock Boulevard in Sparks, northern Nevada on Tuesday afternoon. The Nevada Department of Wildlife and Washoe County Regional Animal Services were called out and engaged in an hour-long standoff with the teeth-baring creature. 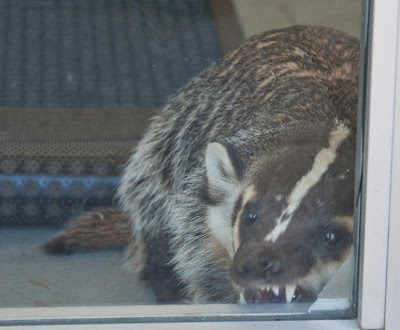 A tranquilizer dart was fired but missed, according to NDOW’s Chris Healy, who was on scene. He said that shortly before 3 p.m., animal control officers put out a live trap inside the front door baited with an open can of cat food. 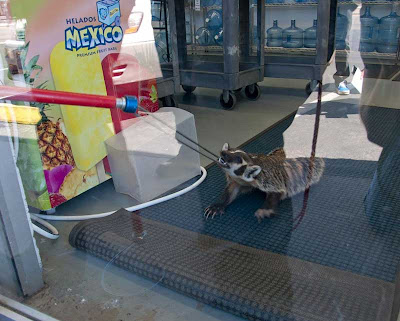 Soon after, the badger was caught. “Fortunately it didn’t hurt anybody,” Healy said. The badger was thought to be young. 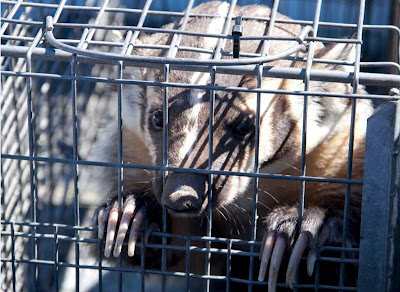 “It’s not a vector species so we ended up being able to release the badger on Peavine Mountain,” Healy said, referring to animals who often carry diseases and thus can't legally be relocated. Barry Brode, director of Washoe County Regional Animal Services, said "If you see a badger, don’t approach. We recommend you call the Department of Wildlife."
Posted by arbroath at 6:05 am
Email ThisBlogThis!Share to TwitterShare to Facebook

Why should a badger hurt people? They usually get scared and run away.

If they feel threatened, like trapped in a store, they'll take on a Grizzly Bear... and win.