A domestic disturbance was triggered when a South Carolina man passed gas that his wife said was “bad enough to cause her to almost puke,” according to a police report. 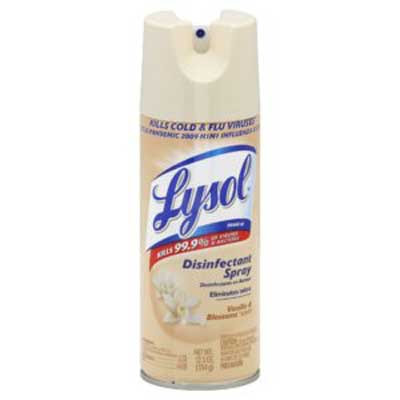 Faced with the noxious odour, Shannon Manatis, 41, said she reached for a can of vanilla-scented Lysol and sprayed it in the “area” of her husband. However, Michael Manatis, 46, told a Spartanburg County Sheriff’s Office deputy that Shannon had actually “sprayed the Lysol in his eyes.”

In response, Michael “threw water on Shannon” and then tossed a plastic water bottle at her. Shannon claimed that she was actually struck with a glass of tea in the back of her head. Tasked with sorting out the conflicting stories, the deputy spoke with Michael, who explained that an “upset stomach” prompted him to pass the gas which angered his spouse.

The deputy also noted that, “Upon my original arrival to the residence there was a clear liquid on the back door and floor. This was not consistent with tea but is believed to be water.” After consulting with a local judge, the investigator determined that there was a lack of probable cause to issue an arrest warrant.
Posted by arbroath at 6:07 am
Email ThisBlogThis!Share to TwitterShare to Facebook