A lot of drug busts require months of investigation, dangerous undercover work, and long hours from dedicated detectives, but sometimes it's just a matter of luck.

Authorities went to a woman's door, and she answered holding a bag of dope. Tara Shenell Hampton was on her way to getting her pending drug charges dismissed. She was part of the Drug Market Intervention Programme, but Guntersville Police said they learned Hampton was dealing drugs again. 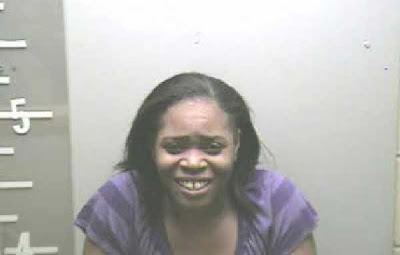 On Friday night, they went to her Guntersville home to serve her with the original drug indictments. When they got to the front door it confirmed their suspicions she was back involved with drugs again.

"They knocked on the door, and the individual answered the door holding a bag of crack cocaine. Also in plain view in the residence was a significant amount of marijuana," said Captain John East, with Guntersville Police Department. East said Hampton was placed in the Marshall County Jail on a $15,000 bond.